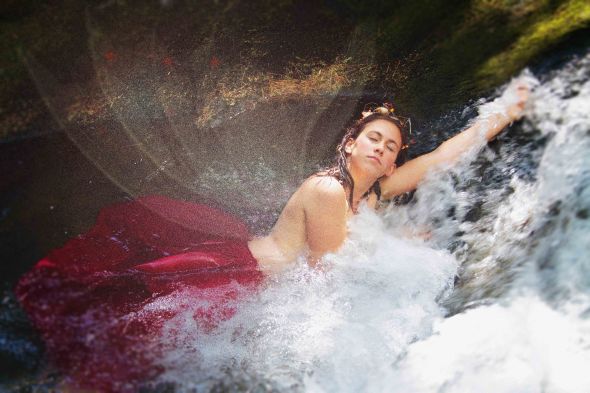 Sleeps on her bed of rushing crystals.
Photography by Anastasia Traina ~ 2015 ~

The mouras encantadas are shapeshifters and there are a number of legends, and versions of the same legend, as a result of centuries of oral tradition. They appear as guardians of the pathways into the earth and of the “limit” frontiers where it was believed that the supernatural could manifest itself.Mouras encantadas are magical maidens who guard castles, caves, bridges, wells, rivers, and treasures.
Underwater photography by Anastasia Traina ~2014~