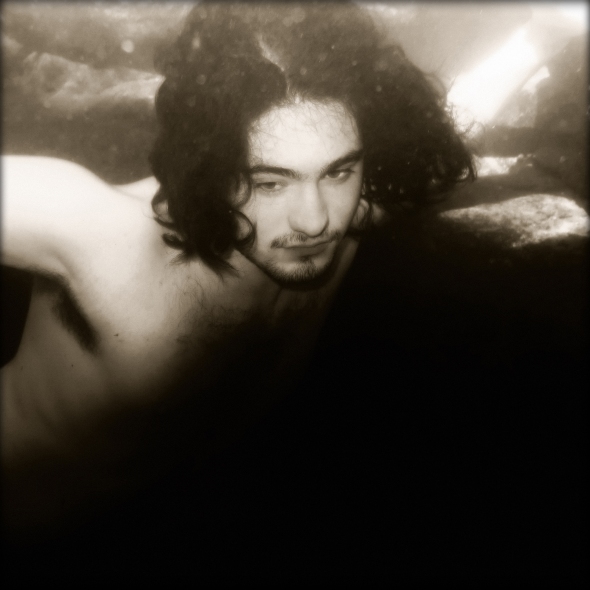 Foss Grim ~  means “river horse” in Old Norse. The Foss Grim is a water spirit, with the body of a man and not that of a merman. He is said to be strikingly handsome, seen near rivers and bodies or water, barely clothed, and playing haunting music from his violin. His music would lure Women and Children into his watery home and their final resting place. However, it is believed that if properly approached, the Foss Grim will teach a musician to play so adeptly “that the trees dance and waterfalls stop at his music”
Underwater photography by Anastasia Traina ~ 2015~