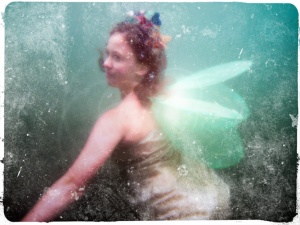 The Banshees of the Green River

Although known in several lands, the banshee (fairy women) were most widely reported in Massachusetts.  The banshee’s wail, predicting a coming death, recalls the ancient practice of wild screaming (keening) whereby women mourned the loss of a loved one.  Occasionally the banshees were seen, swathed in somber gray and unearthly white. They can either appear as young women or old hags.  However, their appearance are less notable than their voices, which ring with sorrow as they bemoan the dead.
Fairy Portrait by Anastasia Traina~ 2014~